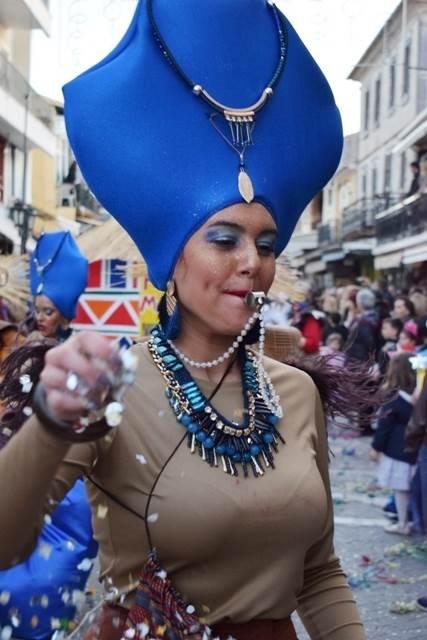 The Greek word “Apokries” means abstaining from meat and is used to describe Greece’s carnival season, which precedes the 40 days of fasting (Lent) that lead up to Easter.

In Ancient Greece there were celebrations at this time of year to commemorate the end of winter and the coming of spring, which were associated with the worship of Dionysus.

Dionysus was the Greek god of wine and as a sideline he represented fertility, ritual madness, theatre and religious ecstasy! His Roman equivalent was Bacchus.

Like carnival season in places like New Orleans, Rio and the Caribbean, Apokreas is all about costumes, masks, partying, eating, drinking, dancing and ritual madness!

These photos of this year’s Carnival celebrations in Lefkas Town were taken by Margaret Soldatou, the owner of Villa Melodia.