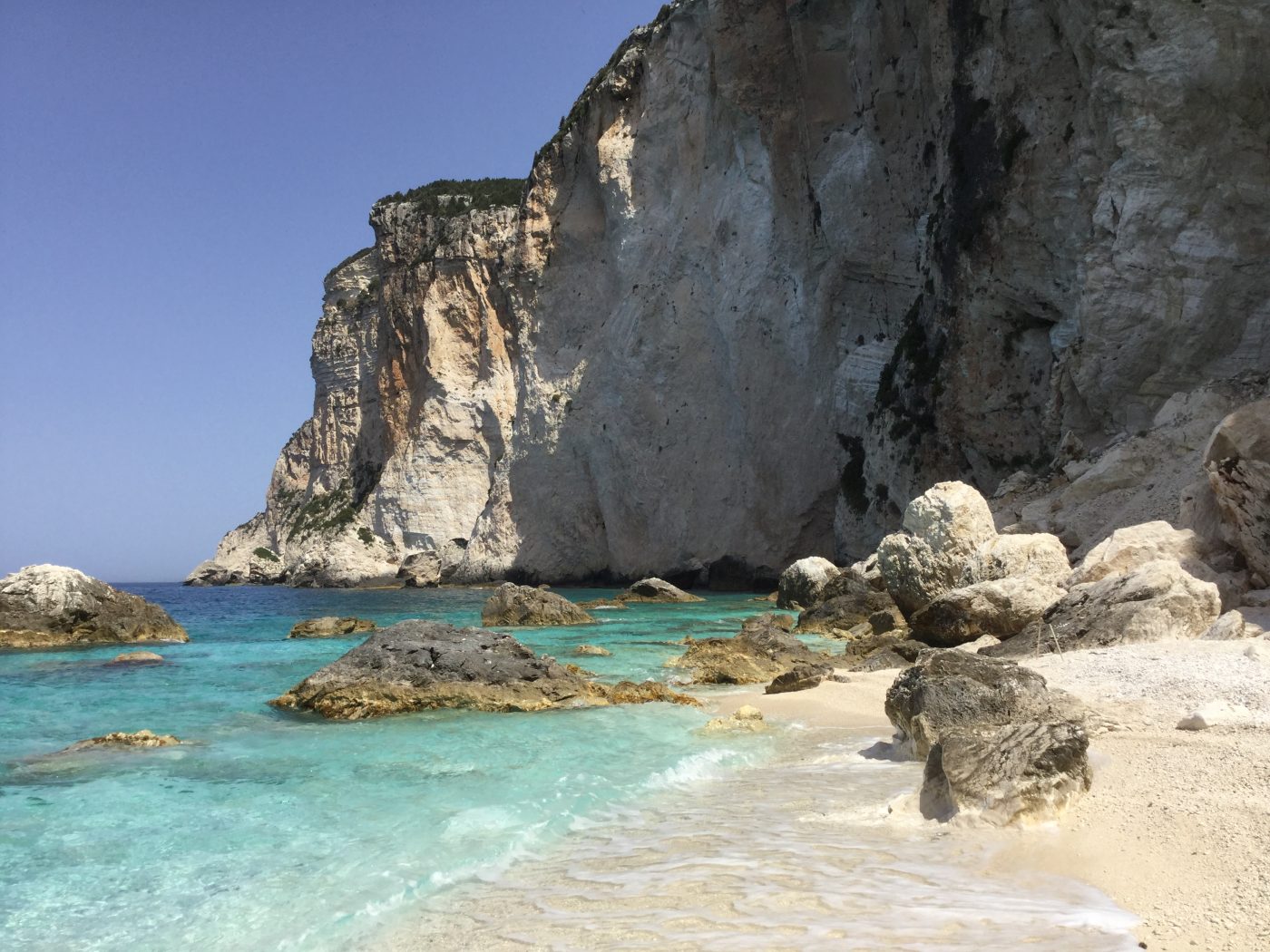 Paxos has three ports and the central village of Magazia. Magazia means “shops” and was once the main shopping centre of the island (it even had a ginger beer maker!). In surrounding valleys and on olive-clad hilltops are family hamlets consisting of a cluster of houses and a family church or two.

When the island was more self-sufficient (important when winter bad weather could prevent any supplies reaching Paxos for weeks on end) and the olive was king, a well-trodden network of pathways connected villages and hamlets with olive groves, vineyards, pasture land, terraces of wheat, schools, shops, friends and a supply of water.

During the British occupation of the Ionian islands in the early 19th Century, tracks (wider than the goat paths) connecting the three island ports were turned into a central road – donkey tracks became a donkey road!

During the earlier, four centuries of Venetian rule, cisterns to collect rainwater were introduced to island house building. River and stream beds still traverse the island with fast flowing waters in the winter but the only source of natural spring water was and still is just above Erimitis beach on the west coast.

A series of stone-floored pathways, bordered by dry stone walls, lead from the hamlet of Boikatika (the hamlet of the Boikos family) down a wild valley of untended olive groves to a point above Erimitis Bay where soaring limestone cliffs look down onto a chalky turquoise sea.

A steep, stepped path winds down to the spring’s source and a well, enclosed by stone. Even in the heat of summer, water oozes and seeps through the rock face to give life to a variety of small wild plants, just above the sea.

In 2008 a large chunk of limestone cliff broke away and slid into the sea. What was a rocky inlet beneath the cliffs suddenly became a beautiful beach of limestone and pulverized stone – now turning into golden sand.

Look carefully at the surrounding hillsides of maquis and myrtle and you will see the remains of stone houses and overgrown terraces, which were once cultivated – a perfect place to live with fresh water on your doorstep. Prime position is now given to two modern villas at the top of the last flight of steps to the beach but there is still a dominant feeling of a rich, green wilderness, framed by the Erimitis cliffs.

There is now a road down to the last flight of steps but parking is nigh impossible so choosing one of the ancient footpaths is the advisable (and more interesting) alternative. Tall olive and cypress trees provide a canopy of shade and the first views of the cliffs and blue sea are breathtaking. A good path to choose starts close to the cat feeding station on the track leading from Magazia to Erimitis Sunset Bar.

Take a stick to carefully detach spider webs and a non-plastic container to drink from the Erimitis well (you will find a bucket & rope attached to the well’s lid). On my last visit I saw “I was here” styled graffiti on the rock face close to the well – resist the urge to leave any mark of having been there and enjoy its natural beauty – one of Paxos’ many treasures.

On Paxos there are 2 organisations dedicated to the preservation of the island’s heritage and culture Volunteers of Paxos and Friends of Paxos – they work with the Paxos Municipality to open, clear and maintain the network of ancient footpaths on the island.